“So do not throw away your confidence;

It will be richly rewarded.”

I remember standing on the edge of a high diving board when I was ten years old. A long line of people were waiting. My palms grew sweaty as I looked at the distance between me and the water. Panic began to set in and the tears followed. People started yelling, “Common, hurry up! Jump, for crying out loud!” I stood there frozen for what felt like hours and then I did what any rational ten year old would do, I turned around blinded by my tears and started back down the ladder. People were clearly annoyed as they had to move out of my way. Boys my age began calling me “sissy”, “baby” and “chicken.

I felt so ashamed of my failure. I knew I had to try again, but the risk felt enormous. What if I made it to the top of the ladder again and froze? What if everyone in line began to taunt me again?  What if I did a belly flop? Ouch!  The day continued to pass and I continued to weigh out the options. I had already experienced the shame of failure once but I knew if I left the pool, I might never try again.   Eventually, I cautiously made my way back up that fateful ladder. I held my nose, closed my eyes and took one step off the end of that diving board.  To others, it wasn’t an impressive feet, it wasn’t even a dive, but to me it was an enormous victory! I had conquered my fear.

I have tried to hold that principle in my mind especially when self-doubt and fear are crippling me. When I feel paralyzed by my own
apparent failure, I force myself to take one simple step forward. The Apostle Peter had to do this after denying Christ three times. Talk about a failure – Wow! He must have felt like such a loser. But in John 21, after the resurrection, Peter spots Jesus on the shore of Galilee. I wonder if he felt embarrassed, or ashamed? We really don’t know. All we know is that He throws caution to the wind and is the first one to dive out of the fishing boat to reach Jesus on the shore.

What about you? How have you moved beyond failure to take the next step? Don’t let failed efforts paralyze you.  Move beyond them and
try again.  Share your thoughts. Leave a comment and I’ll enter your name into a drawing to win a free copy of Finding Calm In Life’s Chaos. 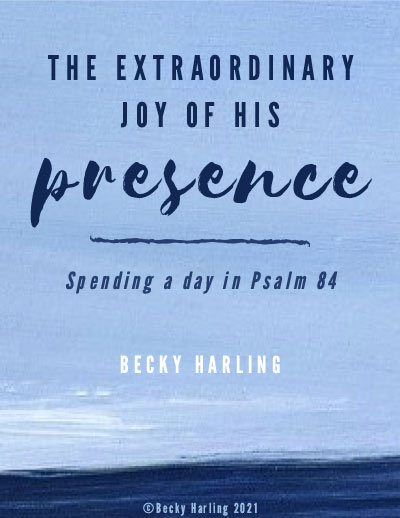